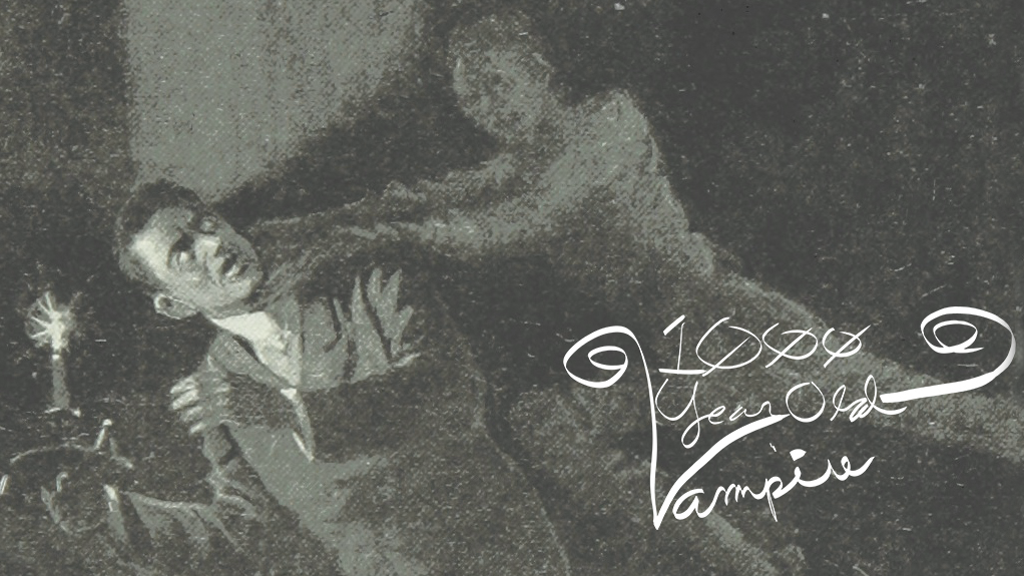 A solo roleplaying game about the remorseless crush of memory over millennia. And vampires. Don't miss the add-ons down below, including some heavily discounted earlier projects.

Latest Updates from Our Project:

These are the 'cases' and the covers stuck together.  As far as I can "grok" the "printerese" a "case" is the cardboardish thing that makes a hardback, uh, hard.

These are the "book blocks" which is insider lingo for the pages on the inside of the book en masse.

And these are what the books look like on the assembly line stuck together.  Those are BOOKS.

The books are done.  Yesterday I was told that it'd be the end of the month before they were being assembled then today they were suddenly finished and ready to go.  My contact was surprised too.

A batch is coming directly to me, another to Indy Press Revolution, and the bulk to Blackbox.  Blackbox is the fulfillment center who will turn around and ship them out to you.

I hope I'm not getting TOO excited too quickly.  Before they bill me they have to calculate the shipping and I have to get them the dough.  Then things have to be put onto a truck and blah blah blah.  Things can still go wrong in numerous comical ways so while I do my excited jig I'm trying not to make eye contact with the Fates.

When I plug all the info into the Prognosticatatron 2000 it says that folks should be getting books in March, but the machine is untrustworthy.  Still, I am full of hope.

Jim sent me two finished books (sans ribbons) so I could see what the things looked like.  We are still at loggerheads over the cover issue I described before so this was probably a clever ruse to get me all excited at holding finished books.  I suspect that Jim learned this expert level negotiation technique in his former life as an itinerant kitten salesman.

Wait, that reminds me that I actually dealt with a traveling cat salesman once.  He'd go around to Brooklyn shelters and pick up the kittens that were on the short list and then load up his baggage and take them to potential adopters.  We adopted a kitten from him so it wouldn't go back into his Krampus-like cat sack.

The interior printing is very nice.  The paper itself is one step below 'hardback museum catalog' grade paper and it shows.  The things that are meant to look three dimensional look like they are popping off the page.

The endpapers are exactly what endpapers are supposed to be.  They have that grippy high-end-construction-paper texture that's so good.

I included this image for scale.  The book weighs a hefty 19.5 oz.  That is not a cat-sack cat.

My hope is that these'll be shipping in February.  I'll keep you posted in the comments section with "mini-updates."

I loath Kickstarters that update too often but this is too exciting and important not to share.

So I finagled picking up the cover proofs directly from the Fedex warehouse at 9am, then jumped on a plane at 10am.  This is not as harrowing as it sounds as the Fedex joint was about a half mile from the airport.

This is the poster-sized sheet they sent.  I folded it in the middle in order to get it through the baggage scanner.  Before boarding the plane I carefully tore it in two in order to fit it into my bag.  It's bedraggled now but it's still good for it's job.

The actual book won't be this big.  You're looking at the whole cover 'wrapper' which will wrap around the board that makes up the backing of the hardback.  The edges of what you see will be on the inside of the hardcover and then covered with the endpaper.

Let's look at the actual cover though:

So there's your two sorts of foil.  The gold foil is actually TOO shiny for my tastes, like it is putting on airs, but it's staying the way it is.  The red foil on the title sticker is perfect.  So perfect I sort of regret the gold.  You can't see it here but the ink on the spine is raised because why not?

Look at the angled corner in the upper right of the photo.  The faux leather pieces have 'etched matte' treatment, giving it a sheen and texture that are pretty darn magic.  I regret not working a leather grain into the etching but too late now.

More subtle but just as important is the faux tape and stickers and things.  This stuff came out better than I thought it could and I'm very happy with it.  I watched a friend feel the edge of the tape to see if it was real or image and there's hardly a greater testament than that.

But all is not well.  There is what I think is a scaling problem with the gold foil and the etched plates.  They line up fine at the top but are out of alignment at the bottom and bleed off the edge of the printed area.  I emailed Jim and we'll see what he says.  As far as I can tell this isn't present in my files so I hope the printer knows what is going on.  My guess is that this is an easy and quick fix on their end.

I'll update you in the comments below when he gets back to me.

You should've received an email from Backerkit telling you that your mailing address is about to be locked in.  If the address you gave a couple of months ago isn't the address you'll have in Jan/Feb please go and update it.  You can always update it later by contacting me or Backerkit post-lock, up until the actual mailing.

If you backed the game on KS you've already paid, but any additions you tacked on will charged Friday I think.

It looks like everything is still on schedule with the printer.  They are sending me a sample of the cover, I think it's an actual finished cover, via Fedex but it's schedule to arrive the same time I'm on a plane out of town.  Curses.  I -might- be able to get it before I go.  EDIT:  I can pick it up at the Fedex station at 9am tomorrow, if luck holds.

The important business:  The books are scheduled to leave the printer right before New Year.  If that holds true then US backers should see copies before the end of January.  This applies to both Kickstarter backers and "late backers."

I gave final approvals on the color proofs last week.  It took two rounds of tests, the first ones were too pink so I had to fix the PDF and get a second print.

You can see the color difference between the proofs best in the lower right--the corrected back page is less pink than the front page.  It doesn't look that extreme here but the pinkish tint was strong in person.

They also sent me a "bond proof".  That's where they put the entire book together out of low end color printouts so I can make sure everything is in the right order and all that.  This part was fine.

I've gone through it so many times you can see the nervous-finger wrinkles on that front page in the raking light.

A couple of weeks ago Jim sent me a photo of the covers in-the-works.

These are the 'wrappers' that wrapped around the hardback cover boards.  These are getting more fanciness--a gloss etching, two kinds of metallic treatment, and other stuff.  I'm excited about the tactility of the cover.

Delivery:  Jim tells me that they have this scheduled to ship out before New Year's Day "and maybe earlier" and I bet that Jim is a darn better an estimator than I am.  Figure a week to get to the fulfillment center and then another week for the center to process the incoming books and, with this schedule, most of the US residents should have their books before the end of January.